No events to show. Add items to your scoreboard.
✕

Websim Hockey 3 - We're getting a facelift! 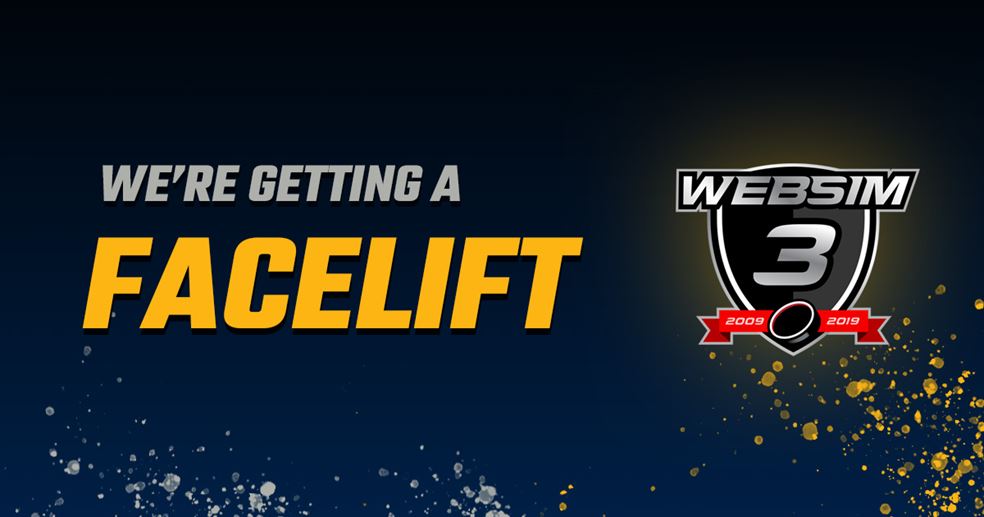 Show your colors! Add personality to your team by givint it primary and secondary colors. The selected colors will then be used to showcase your team in the different areas of the game.

A simplified, yet more user-friendly interface
We optimized the space available on your screen to give you the best possible browsing experience.

From the drawing table to your device, this process allowed us to rething each of the game's areas and at the same time to make many improvements that you will soon discover with Websim 3 BETA. 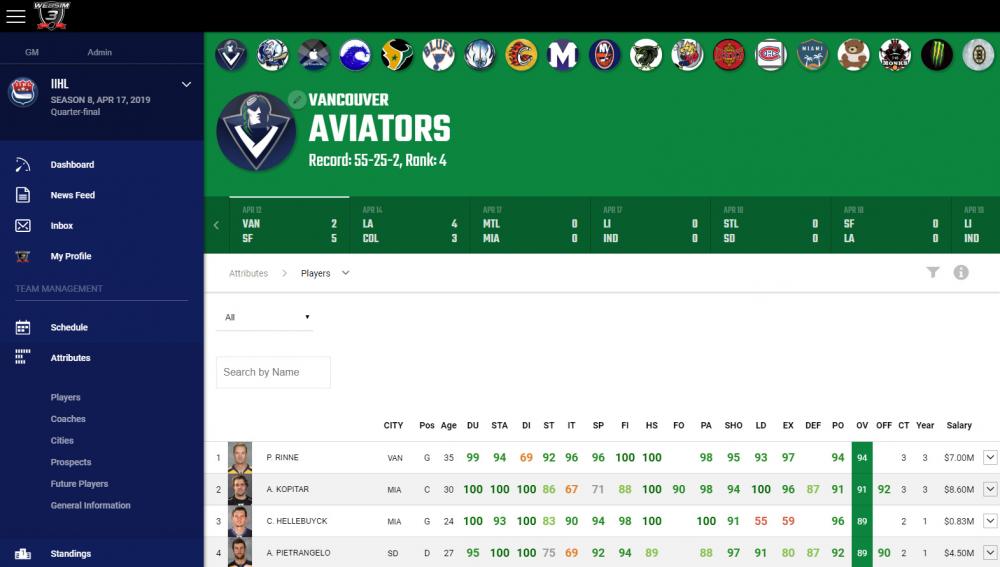 Revamped profiles (player, team, coach)
All the information that your need in a single click, and a fantastic look to boot!

Don't forget to set the primary and secondary colors of your teams! 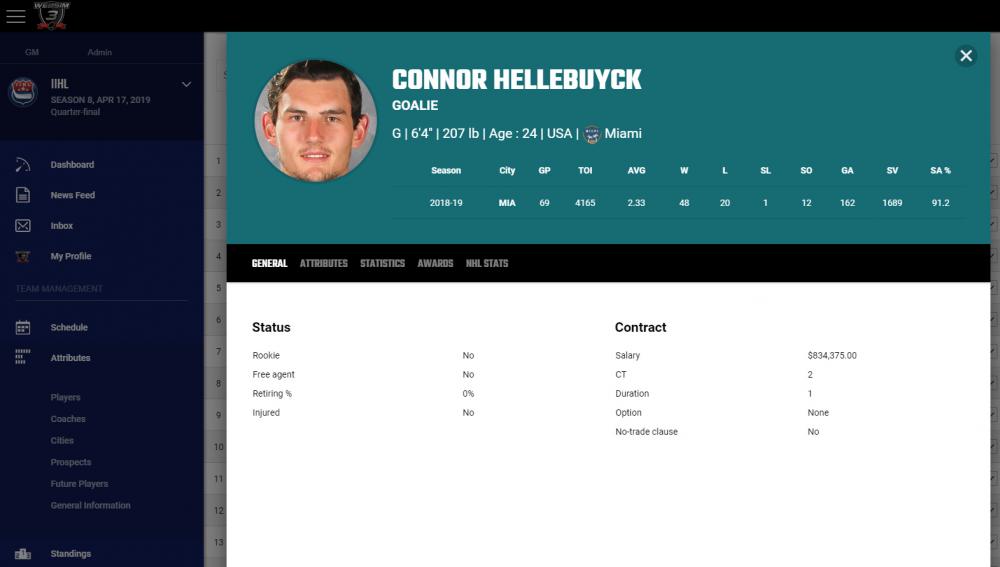 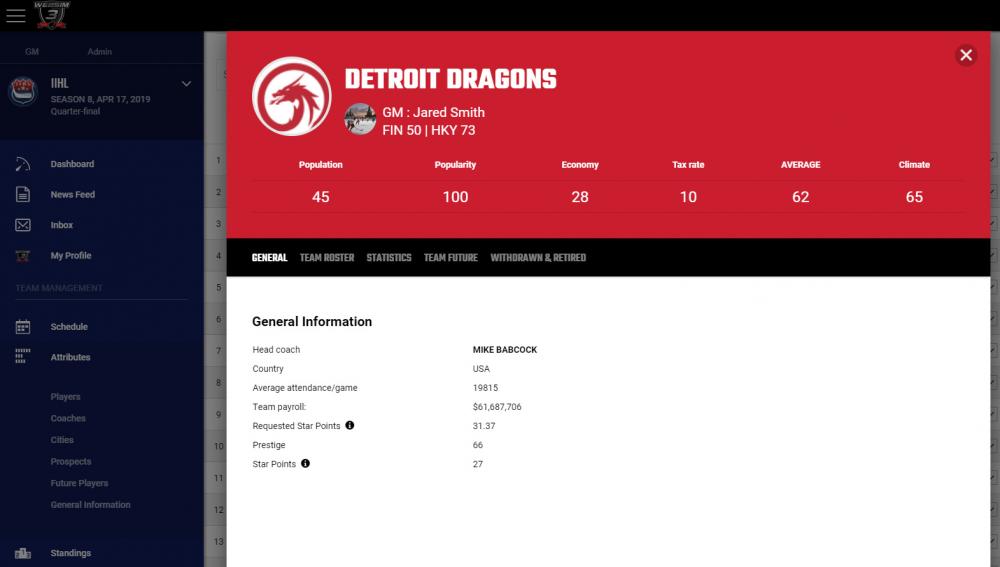 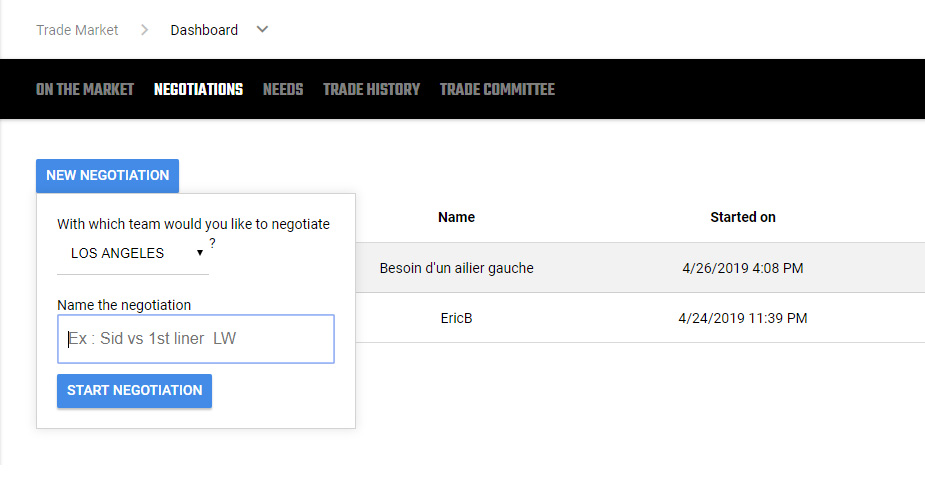 You like to negotiate with your peers to get quality players, draft picks or even prospects.

We completely revised the trade market to offer you an environment where negotiation is at the forefront.

Start negotiating with a general manager
You can have as many negotiations underway as there are teams in the league.

When opening negotiations, you could first indicate which elements of the other team interest you, without necessarily adding them right away to a formal offer. 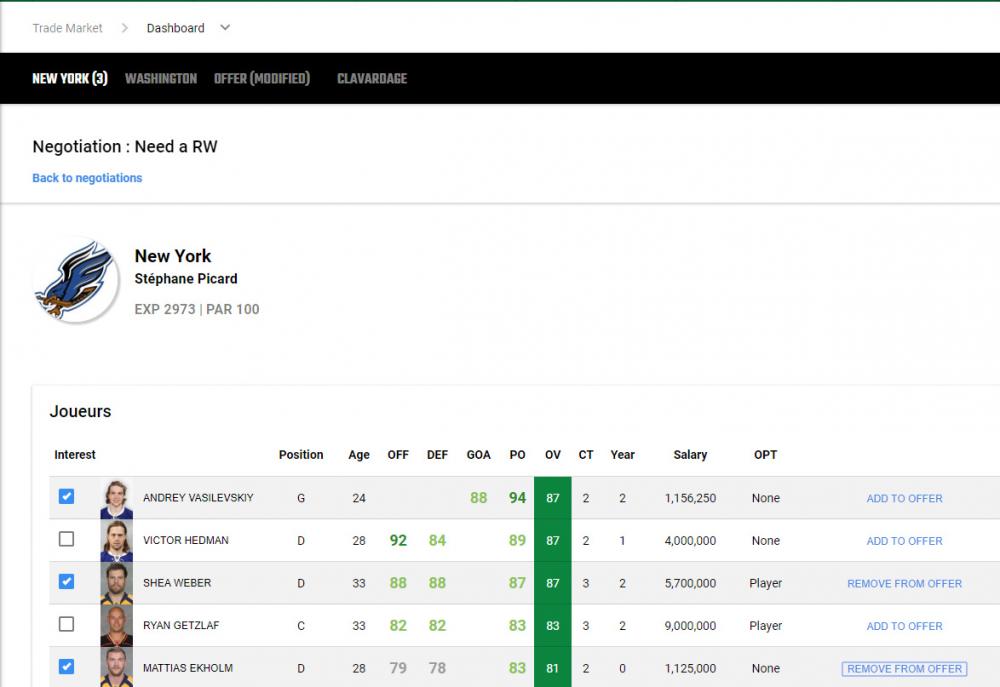 Chat embedded in the negotiation area
You will be able to discuss in real time through the chat embedded in each of your negotiations, which will allow you to keep a history of the discussions between both parties.

Retained salary trades
Websim 3 will give you the flexibility to retain a percentage of a player's salary in a trade, allowing to give a second life to players with bad contracts.

Coming up in the next communications: the players' draft, finances 3.0 and much more! 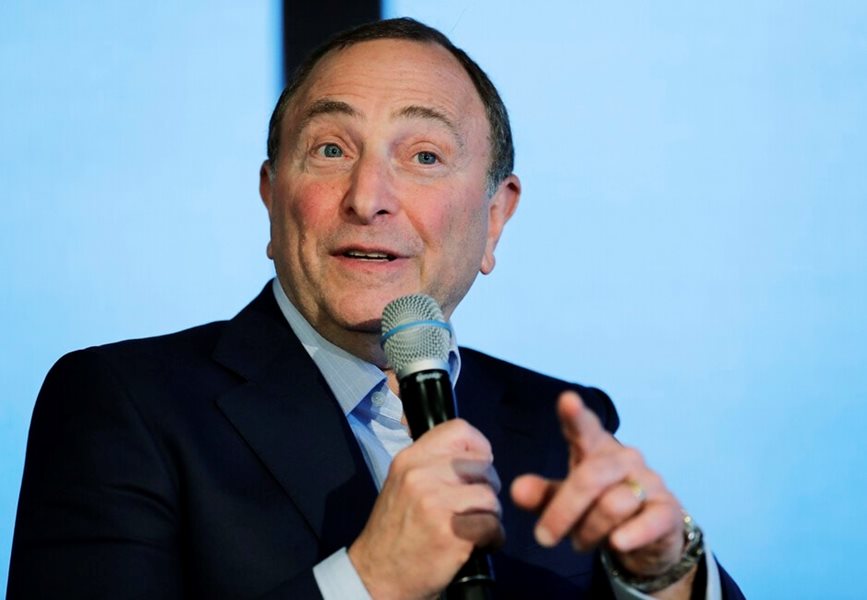 Canadiens Prospects That Could Benefit From Proposed Playoff Format

Today in Hockey History: May 26